In January 2019, I completed the design of a menu, invitation and questionnaire for Blu Diamond Juicery, in conjunction with its grand opening. The menu and questionnaire were both rush jobs which turned out quite well considering. 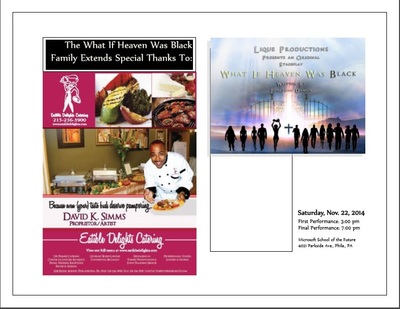 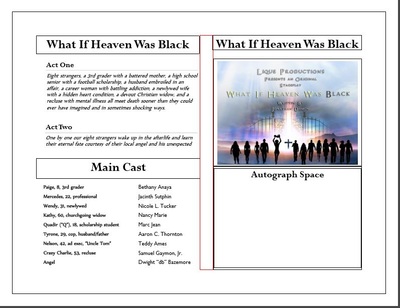 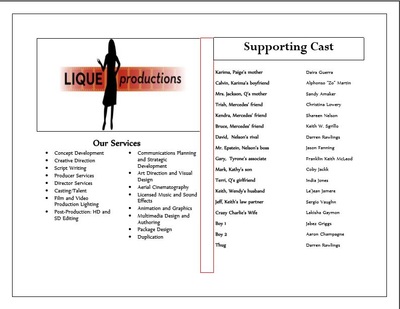 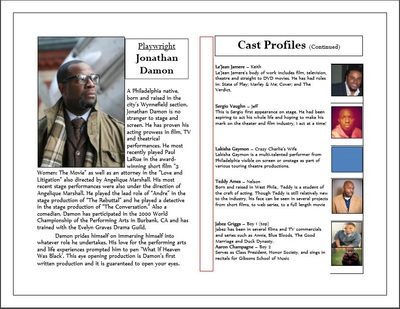 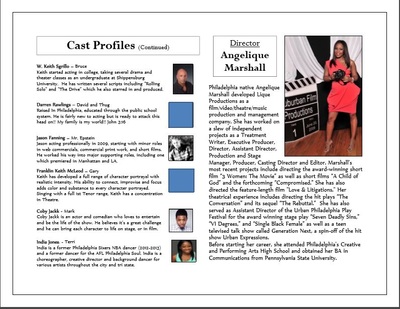 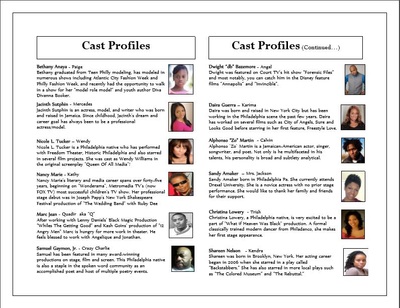 This program was designed to accompany the premiere performance of the 2015 stage play, "What If Heaven Was Black?" It was designed using Microsoft Word under rushed deadline. In order to accommodate print publisher's need, pages were designed out of sequence. 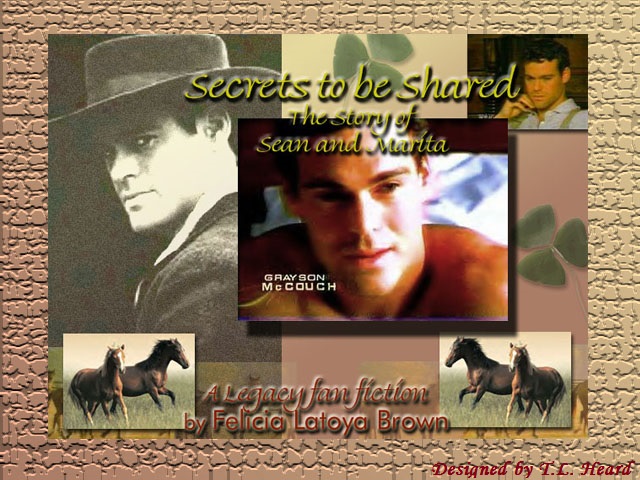 Photos used without permission. However, the cover was made strictly for non-profit, recreational purposes. No profit was derived from it and no copyright infringement was intended.

With the mainstream success of fan fiction-based works like "Fifty Shades of Gray" - a three-film franchise based on a novel that started as a "Twilight" fan fiction - fan fiction has become the publishing industry's minor league. Agents now scout for new clients on digital fan fiction platforms like WattPad and FanFiction.net. As a result, it's now considered normal to put time and effort into a fan fiction novel's cover.

This cover art was designed an independent project using Photoshop. I granted the author permission to use it as a cover for their fan fiction novel.  The novel was based on the TV series "Legacy" which was set in Kentucky in the 1870s.

The series featured an Irish-American family that bred horses. So I went with a textured gradient background to suggest the baked earth of the Old West. This  complements the cowboy look of the left-hand portrait. I washed out the left-hand portrait to black and white and made it appear grainy to add an air of mystery. The horse photos and clover accents were added as a nod to the family's heritage. 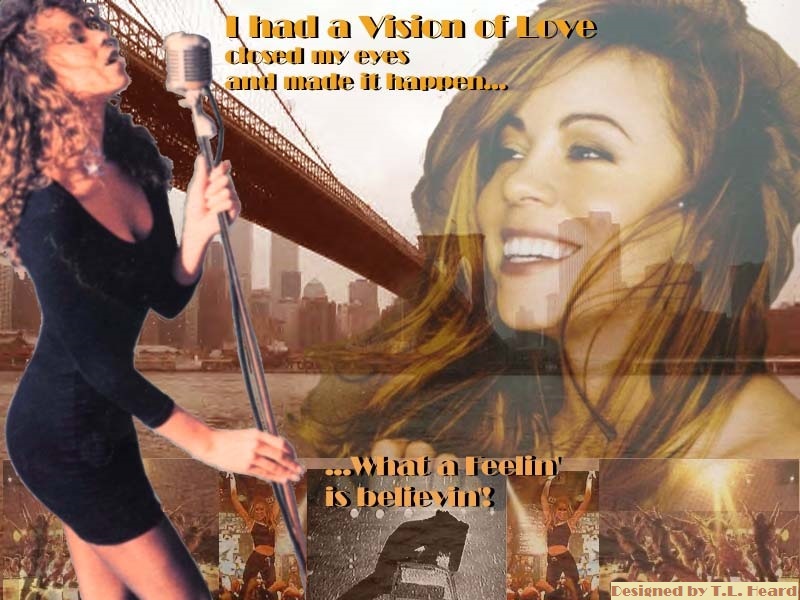 Photos were used without permission simply for recreational use. No copyright infringement was intended. No profit was made from this work.

Created via Photoshop as a salute to one of my favorite singers and for my own enjoyment.  Because she is such a New York rags-to-riches story, I chose a background of one of the city's bridges. The bridge image also acts a connector between the image from her debut album (left) and the image of her groundbreaking (for her) Butterfly album.

​The images along the bottom are a collage of a concert audience and a scene from the film "Flashdance." That fictional storyline has some striking similarities to Mariah's own life. The text was taken from her songs "Vision of Love," "Close My Eyes" and "Make It Happen" as well as from the Flashdance theme song "Flashdance... What A Feeling."

visual homage to the INCOMPARABLE 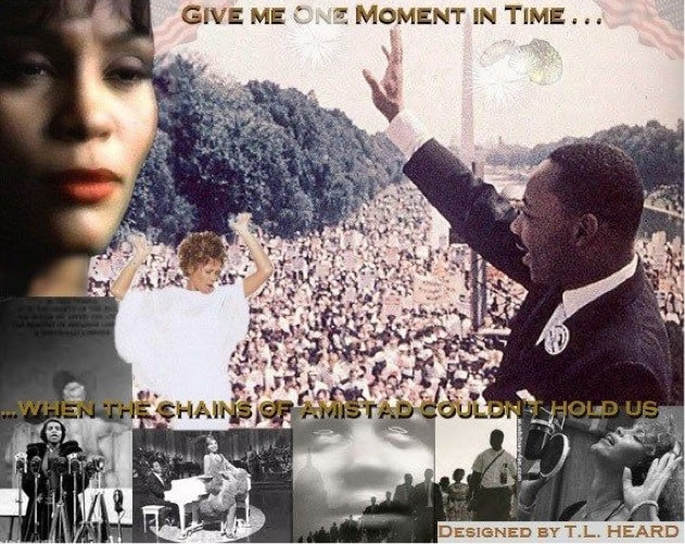 Photos were used without permission simply for recreational use. No copyright infringement was intended. No profit was made from this work.

​Created via Photoshop as a salute to my all-time favorite vocalist. In my opinion, Whitney Houston’s career represents a socio-cultural watershed in America. In the 1990s, African-American writer Ellis Cose (“Rage of a Privileged Class”), among others, examined the social and cultural impact of the Black middle class. This class had  greatly expanded thanks to the federal legislation enacted as a result of the 1960s Civil Rights Movement as spearheaded by leaders such as Dr. Martin Luther King Jr.

By breaking racial barriers as a fashion model, singer and film/TV actress, Houston came to be seen as both a representative of that celebrated Black middle class expansion and a lightning rod for all the dissatisfactions and cultural stresses that came with it. Hence, I believe there needs to be a serious reassessment of her musical and cultural legacy.